SUFFOLK: MENU FOR THE LUNCHBOX

Our Guest Chef, Deepti Bulsara, has come up with an amazing menu for the Indian Feast on Sunday, inspired by our screening of THE LUNCHBOX.

Deepti talks a little about each dish she has prepared:

I have tried to incorporate the spirit of the food of Bombay, where the film is set, in my menu for our dinner. Bhel Puri is a vegetarian street food dish that comes under the umbrella of chaats. Chaats come in all sorts of combinations, usually including a sweet/sour chutney and a spicy green chutney which I have blended myself to keep the dish fresh, as it is intended to be! Bhel puri is made with puffed rice, onions, tomatoes, coriander, chutneys and topped with something called nylon sev. It is light and tasty and always a hit on the streets of Bombay as a snack for workers between finishing their work day and dinner at home. Moong Daal I included as it is a personal favourite. It comes with all sorts of temperings and I have used curry leaves, mustard seeds and amchoor which is a dry mango powder to give it a lovely sour kick too. I don’t think it’s possible to have a meal without a version of a delicious creamy daal on the menu! Malai Kofte is made in the movie by Ila, for Sajaan in his Tiffin. She describes it as her husband’s favourite and after testing various versions I have included this as it has now become one of my favourite vegetarian dishes to make – it is a rich paneer based dish and has a very royal flavour to it. Lucky’s restaurant in the beautiful suburb of Bombay in Bandra, is infamous for it’s chicken biryani and this is my take on this aromatic, delicate, one plate meal. To be eaten with raita and kachumber salad. Rotli is an alternative to Naan and for many of our Indian households a daily staple. I included this as the bread on our plates as it works beautifully for the Kofta and also a Tiffin would always include Rotli (chapati) from the kitchens of Bombay and is a homely and lighter alternative to Naan.

The Film and Feast tickets have sold out, but there are plenty of Film Only tickets available at £7.00

SUFFOLK: MENU FOR THE COOK THE THIEF HIS WIFE AND HER LOVER

For those of you who have already seen THE COOK THE THIEF HIS WIFE AND HER LOVER, you may remember that the only way we know when it is a different day is when a menu from Albert Spica’s (Michael Gambon) restaurant appears with a day on it, and the assembled cast are in new Jean-Paul Gaultier outfits!

The menus feature lavish courses by Spica’s French Head Chef, Richard (Richard Bohringer) and it is a selection of those that will be on the menu accompanying our 30th Anniversary Screening on Saturday 5th October at 5pm at The Riverside

The dishes are predominantly French with a slight British twist, and the Head Chef at The Riverside has also included a couple of Riverside favourites.

The Film and Feast tickets are £38 with 22 spaces now remaining, whilst Film Only tickets are £7 with plenty available.

As previously mentioned there is no longer a Guest Chef for this event. I would like to stress once again that the decision was not Lindsay’s but a mutual decision reached by The Riverside and Film Feast. This in no way should reflect badly on Lindsay as she had put so much time and effort into preparing for what would have been a truly unique evening, and we can only apologise to her and those who were looking forward to her cooking for us.

On Wednesday 7th August we held our very first event in London which also just happened to be our first vegan/plant based event too! A screening of Stanley Tucci’s Italian restaurant-set comedy, BIG NIGHT, was held at London’s Plant Hub restaurant in Hackney.

The incredibly talented chefs David Bez, Antonio Alderuccio and Vanessa Lontra prepared a two course plant based dinner based on courses from the film, with the final course being the film’s signature dish, timpano!

Many thanks to all at Plant Hub for hosting our first London event and to Dan Champion for stepping in at the last minute to manage the event, and produce this great little clip. 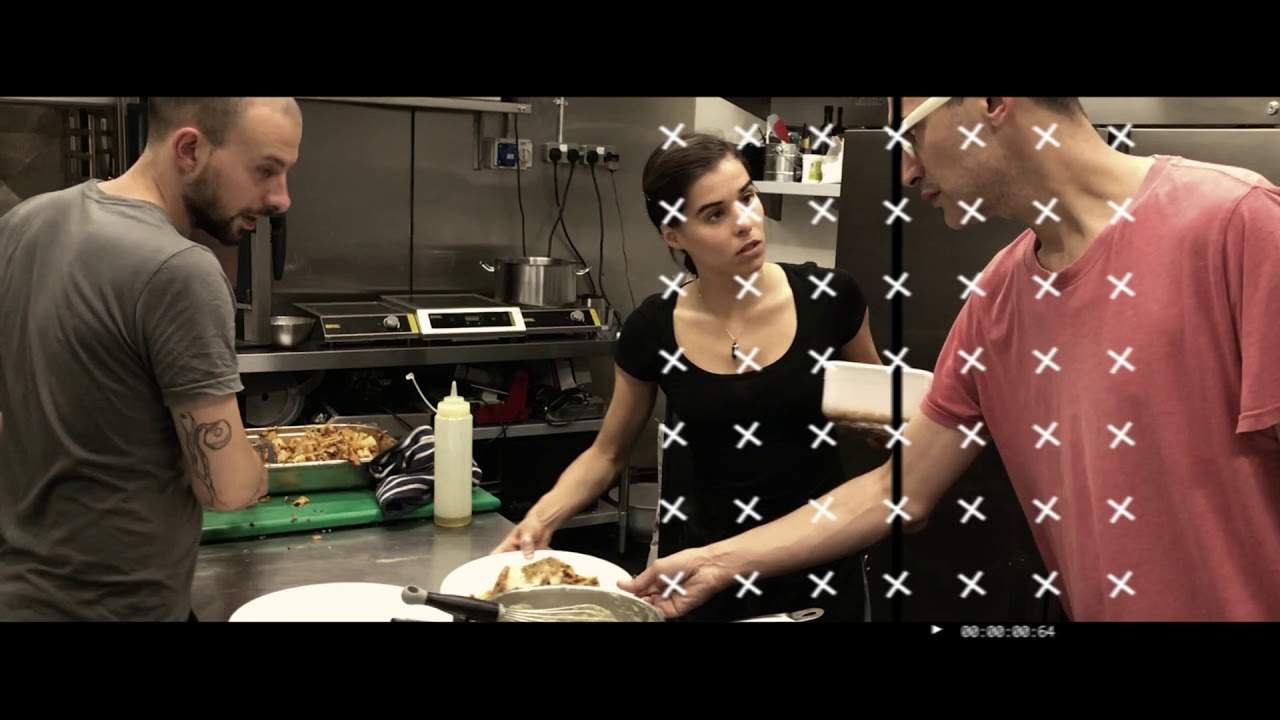 On Tuesday 30th July multi-award winning film director, Mike Leigh, visited The Riverside in Woodbridge to launch the programme for our Suffolk Festival. The restaurant prepared a “camping” themed menu inspired by the screening of Mike’s film, NUTS IN MAY, and our director, Neil McGlone, interviewed Mike on stage after the screening.

The full programme is now online with all events available for booking, so please have a look through and book the events that you’d like to come to.

Here is a short filmed promo of the evening from local filmmaker Tim Curtis who made the films, Life on the Deben and Stanley’s War.

Many thanks to Sharon and Brian of The Tea Hut for sponsoring the evening. 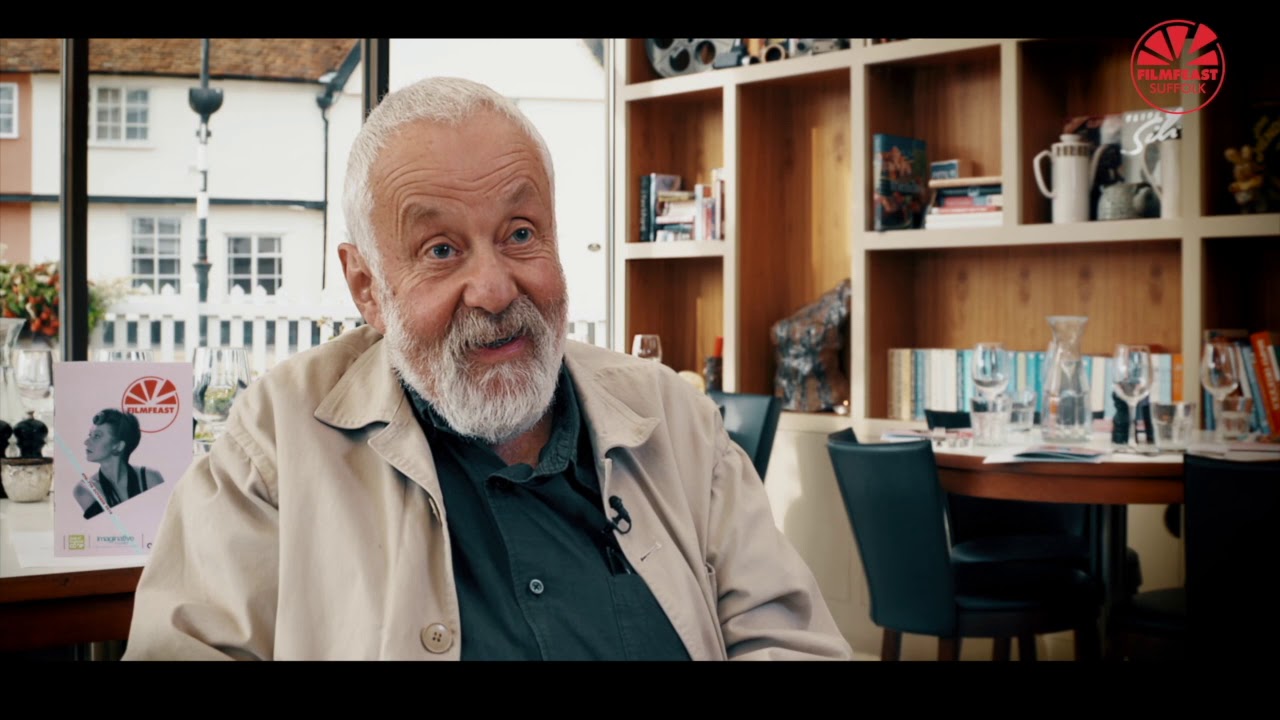 Today sees the launch day for our Suffolk Festival where we will unveil the entire programme for all events happening around the county from the 4th-7th October 2019. Mike Leigh will be visiting The Riverside in Woodbridge later today for a special screening of his film, NUTS IN MAY, along with a live on-stage Q&A. This event is now sold out.

The full programme is now online with all events available for booking, so please have a look through and book the events that you’d like to come to.

Here is a first look at our new trailer for this year by Dan Champion. 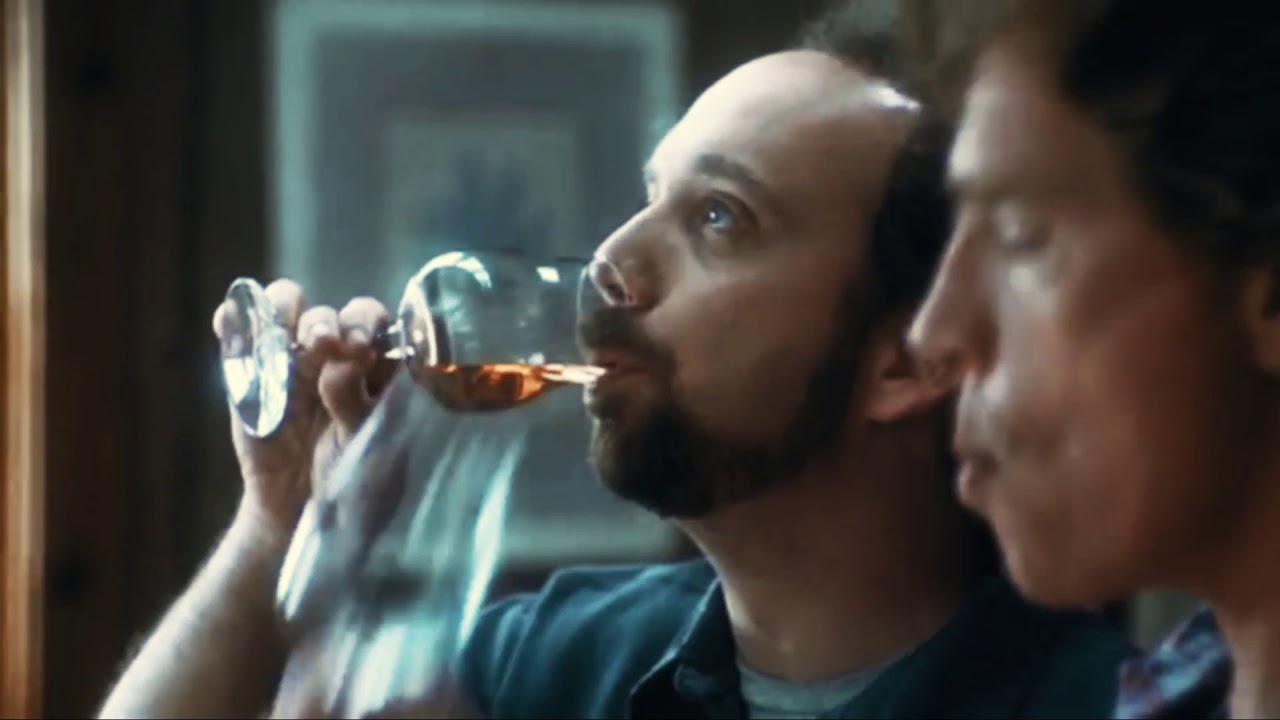 We will be collaborating with London’s plant-based restaurant Plant Hub for a screening of the classic comedy, BIG NIGHT (15) on Wednesday 7th August at 7pm.

The screening will take place in the restaurant where Plant Hub’s chefs, David Bez and Antonio Alderuccio, will recreate two plant-based versions of courses from the film.

Tickets are £25 for two courses and the film, please visit www.planthub.net to book your tickets.

The multi-award-winning British film and theatre director, Mike Leigh, will be coming to The Riverside in Woodbridge on Tuesday 30th July to officially launch the Film Feast Suffolk programme.

The evening starts at 5:45pm with a specially prepared three-course dinner in The Riverside restaurant inspired by Mike’s film, NUTS IN MAY, which will be screening at 7:45pm. Tickets for the dinner/film/Q&A are £38 and are extremely limited! If you wish to just see the film and Q&A only then tickets are just £7.00. The full Film Feast Suffolk programme will be announced on the day with tickets going on sale for all events that are taking place around the many venues in Suffolk.

Please go visit The Riverside website at www.theriverside.co.uk to book your tickets.

A big “thank you” to Brian and Sharon at The Tea Hut in Woodbridge who have very kindly sponsored this Gala Event.

Film Feast is thrilled to announce that Imaginative Traveller have joined us as a new Main Sponsor for Film Feast Suffolk this year!

Imaginative Traveller is an independently owned travel company based on a farm in Debenham, Suffolk surrounded by beautiful fields. They are known for innovative and inspiring trips across all corners of the globe, and believe that travel should be stimulating to give you an authentic experience of a destination.

Please go visit their website at www.imaginative-traveller.com to find out more about what they could do for you in helping you organise that holiday of a lifetime! There are even some incredible foodie trips on offer in the Basque region of Spain, Jordan, Thailand, India and Italy plus many more amazing destinations available to you.

SUFFOLK: OPENING NIGHT – BACK TO THE FUTURE AT JIMMY’S FARM

Jimmy’s Farm will host the opening night of Film Feast Suffolk with a screening of the classic BACK TO THE FUTURE (PG) along with a 2 course dinner of 50’s style American Diner Classics using Jimmy’s Farm own free range, rare breed meat.

Evening starts at 7pm, with food served from 7:30pm and the film at 9pm.

Tickets are £25 for 2 courses, the film and popcorn.

Booking is essential and spaces are limited, please contact Jimmy’s Farm Restaurant team on 01473 604206 to secure your tickets.

SUFFOLK: EAST OF ENGLAND CO-OP ARE OUR NEW HEADLINE SPONSOR

We are delighted to report that the East of England Co-op have returned this year but this time as our new Headline Sponsor for Film Feast Suffolk.

Film Feast places particular importance on locally sourced food for all the meals that are prepared in the local restaurants and cafes, inspired by the films that we screen.

Oli Watts, Head of Communications and Community at the, East of England Co-op, said: “Our sponsorship of Film Feast Suffolk highlights our ongoing commitment to supporting local food and drink producers, as well as our local communities.

We are particularly pleased that we can announce our sponsorship of this fantastic festival during Sourced Locally Fortnight (June 1-15), our annual campaign to shine a spotlight on delicious local produce from across the region.”

The Blues Brothers film screening at The Riverside on the 14th June features a cocktail called the Orange Whip, the cocktail will be available on the night in The Riverside bar and will be made from award-winning Adnams Longshore Vodka, kindly provided by the East of England Co-Op.

Our first official Film Feast event of 2019 will be a screening of the cult classic, The Blues Brothers, preceeded by Soul Food options served outside the cinema or as a specially prepared three course dinner inspired by the film.

All food is in the style of “Soul Food” from the souther US states inspired by the Soul Food Cafe in the film, as is the prawn cocktail starter from the famous scene in the movie!

For an additional £12 you can buy a ticket to see celebrated local band, The Biscuit Brothers, perform in The Riverside restaurant after our screening of The Blues Brothers at 10:30pm.

On 2nd August the British comedian and Monty Python star, Michael Palin, visited The Riverside to launch Film Feast Suffolk and Suffolk’s first food and drink film festival. It was a beautiful sunny summer’s day and the Riverside chefs pulled out all the stops with an incredible menu inspired by the screening of Michael’s 1983 film, A Private Function. Our gracious thanks to Dingley Dell Pork for sponsoring the event and to all of you who came and showed your support. 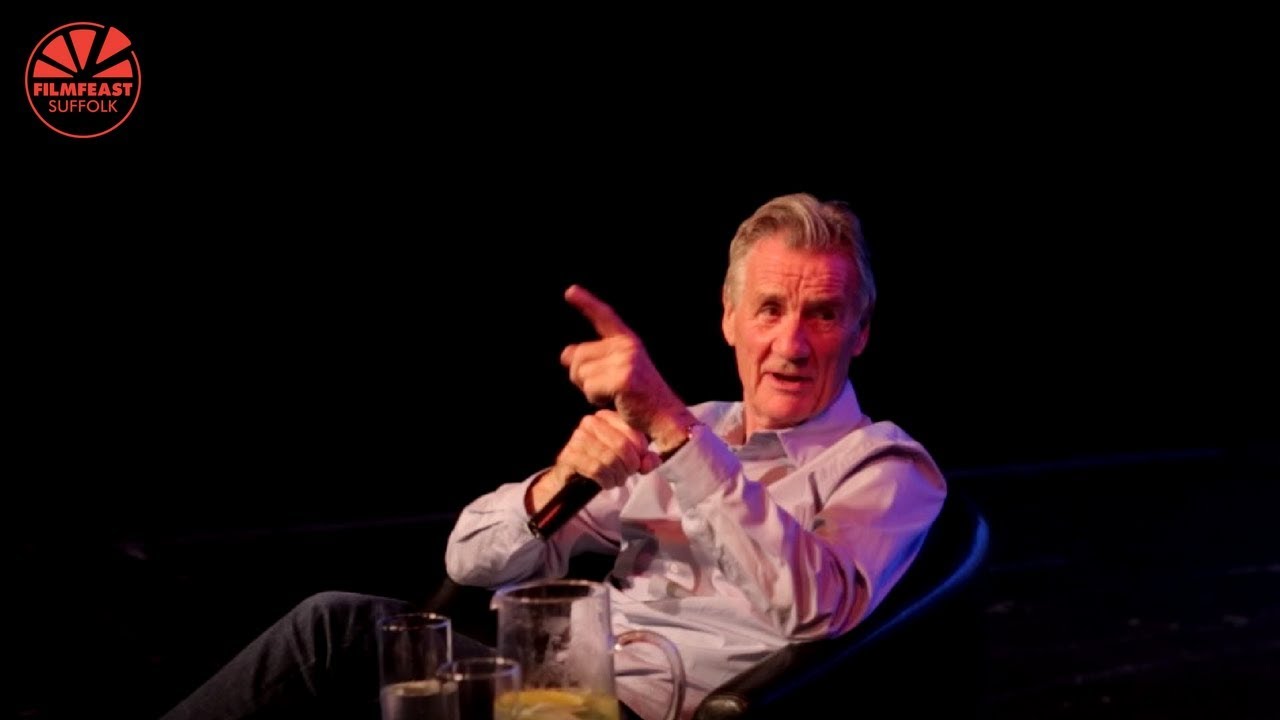